The season of wet-and-muddy is upon us, and with it, an opportunity to embrace all manners of sensory play, mud-puddle math, nature art and interdisciplinary integration!  Have boots? Will play!

How deep is the water? How much water is in a really big puddle?  What could it fill? A bucket?  A bathtub? How could we even measure it?!

In her blog Puddle Play – Rethinking the ‘Math Classroom’, Deanna Pecaski McLennan, PhD, elaborates the “measurement, counting, capacity, classification, time and quantity” that can all be explored authentically  in a puddle. This is rich learning where play and adaptive reasoning intersect.

Math can happen anywhere, and outdoors doing something most children love is the perfect place! 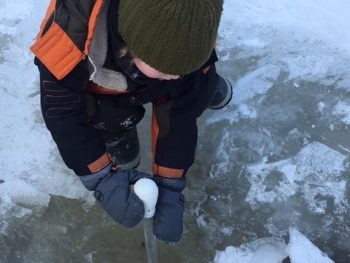 Cooking up delicious “recipes” in a mud kitchen requires only a few second-hand kitchen implements like muffin tins, metal bowls, collanders and spoons.  This can be on-the-ground immersive play or hands-in-a-sandbox in a wood or brick enclosure (pictured below).  Second-hand stores are inexpensive sources for utensils, and places like the Re-store offer inexpensive sinks and accessories for more elaborate builds! 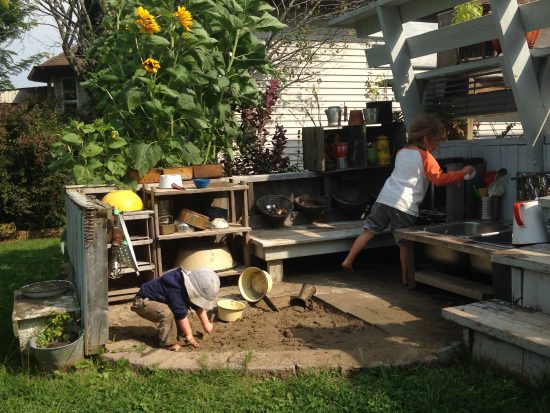 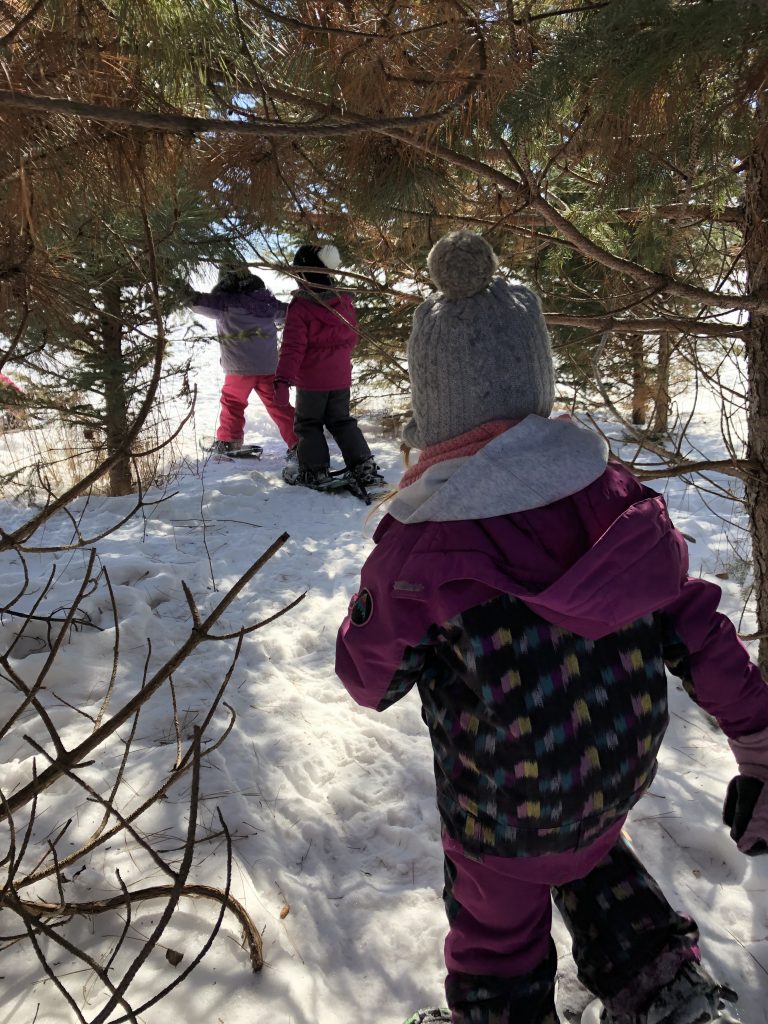 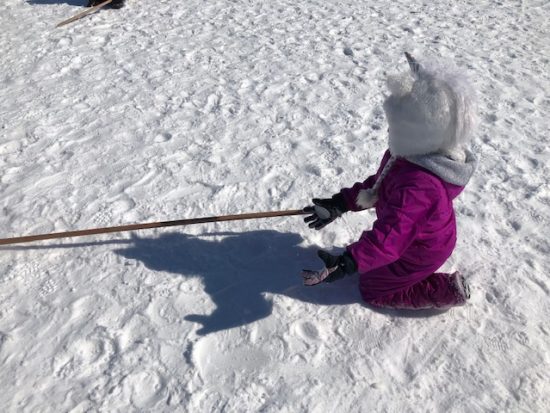 Peterborough Child and Family Centres (PCFC) are racing down the Pathway with PSK Pop-ups.  Ellen Mortlock shares how the Pathway has “popped up” within their 6 drop-in hubs – bringing creative and fun opportunities for exploration and play that engage young children and their families with the Early Years Landmarks. 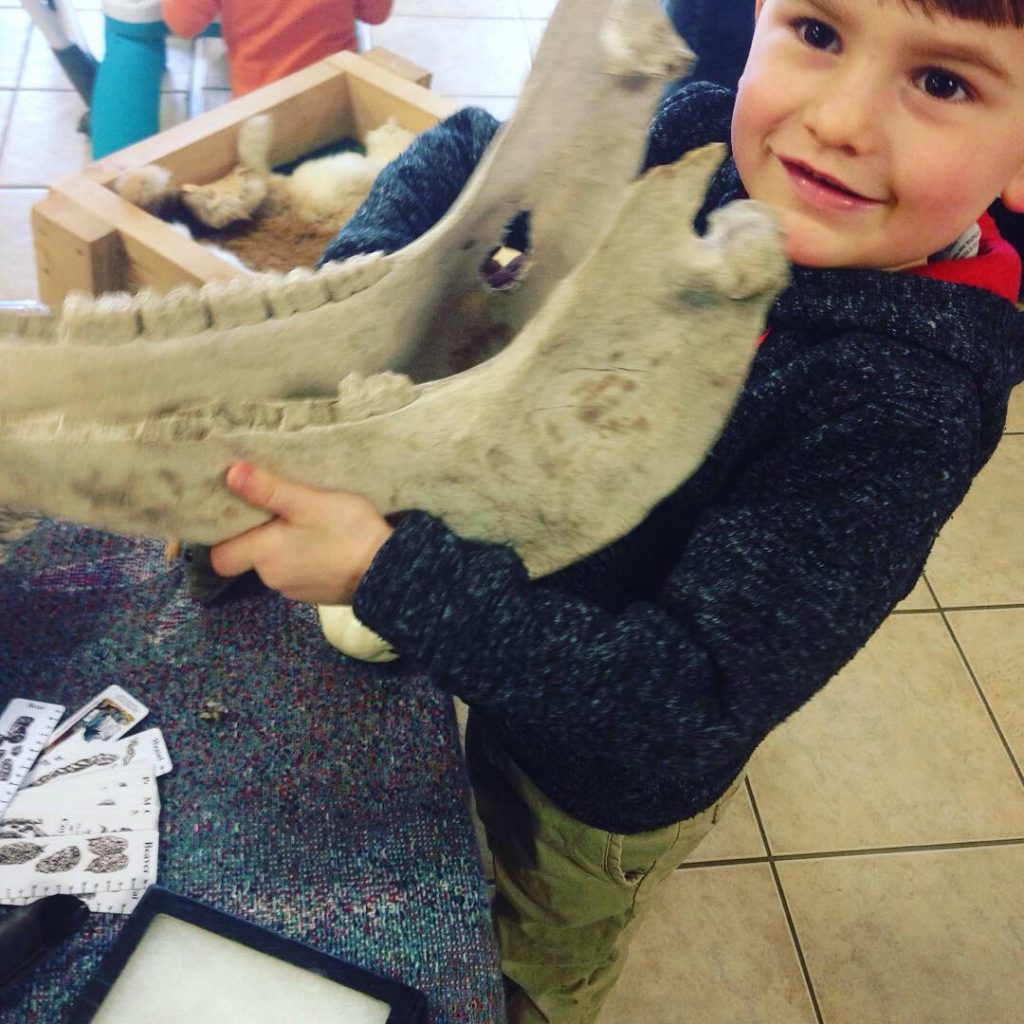 The Peterborough Child & Family Centres were excited to be picked as a Pathway to Stewardship & Kinship pilot site. As the Early ON Centre for Peterborough City and County, we provide rich play and learning environments for children ages 0-6, their families and caregivers.  During the month of February, to highlight the three landmarks for children ages 0-3, we hosted uniquely designed Pathway Pop-ups.  These special events ‘popped’ up within our regularly scheduled programs. 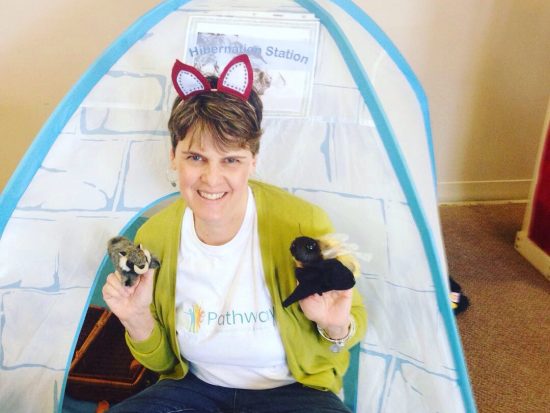 The families dressed up like animals, explored animal tracks and fossil rocks, played in a ‘frog pond’, among many other nature based activities. The nests, snake skins, and skulls on the touch table sparked many great questions and engaging conversations.

Another of our programs, the School for Young Moms, embraced the winter weather and the Pathway landmarks.  Our pregnant and parenting teens were encouraged  to “Go outside and play” with their infants. Each family was asked to take part in a nature scavenger hunt and the young women rose to the frosty challenge.  They documented their experiences to share with the group at the end of February. Pictured below is a young mom who brought her daughter outside to enjoy the cool air and bright sunshine while she searched for animal prints in the snow.

We have enjoyed snowy fun in our outdoor spaces and are looking forward to the warmer spring weather and the mud that comes with it. We’re ready to trade in our snow pants for splash pants and embrace the gooey, dirty, mucky exploration. Our staff are excited to implement more great nature-based activities with our families as the season changes.  Bring on the rubber boots! 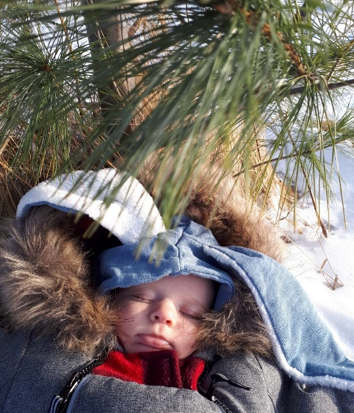 Landmark #20: Exploring life cycles of the products we love

Being on the Pathway is not just an experience in nature immersion. Millbrook South Cavan Pathway Pilots in Lisa Noble’s Gr. 7 class took a deep dive into the “cradle to grave” (a life cycle analysis from creation to disposal) of their favorite products.  As Sydney reveals, Landmark #20 is about lifting the veil on the production and disposal costs of things we use every day – to answer “who works on producing it, what by-products are produced and what happens to it after it is used?” 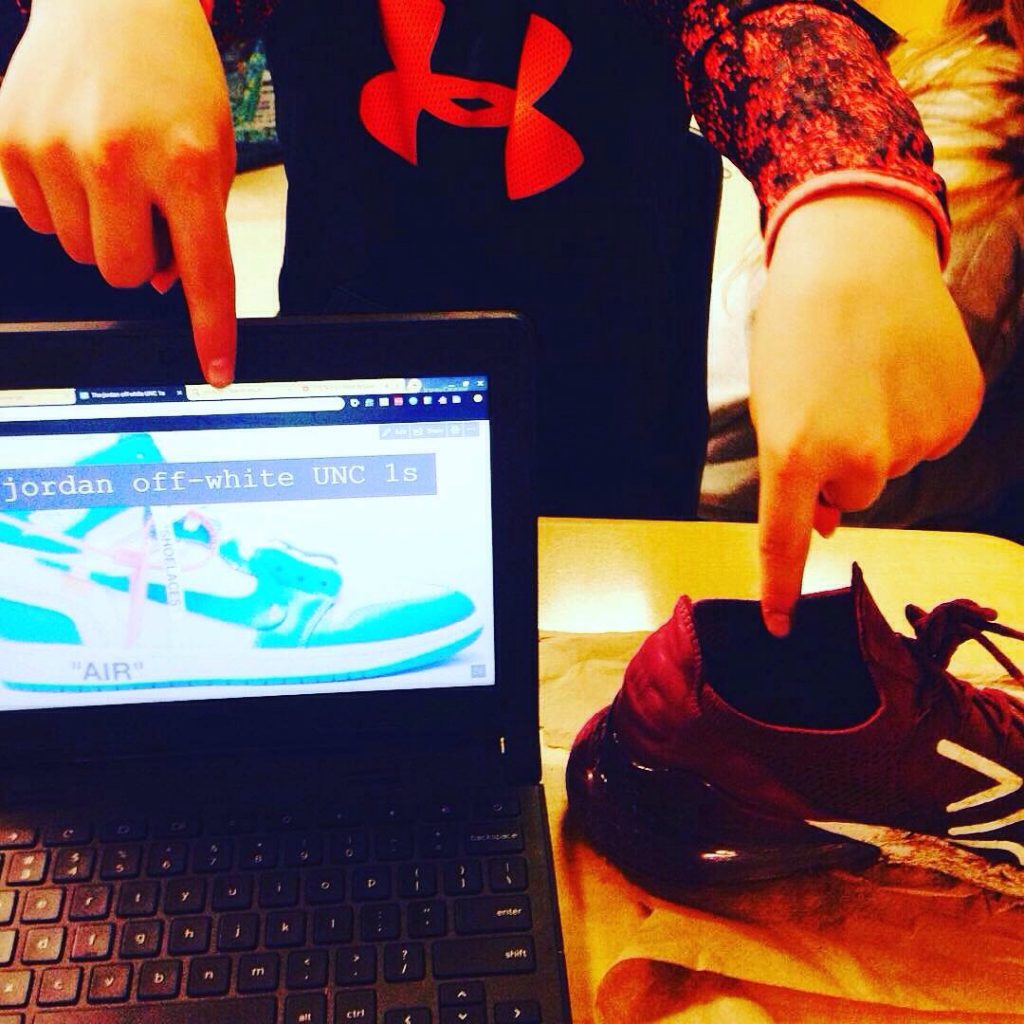 I am a student from Millbrook South Cavan Public School. Our class is taking part in the Pathway to Stewardship and Kinship project.  It is working on raising healthy children for a healthy planet. What we had to do for our project was “research a product of any kind that interests you”. What can you discover about how it is made, who works on producing it, what by-products are produced and what happens to it after it is used?” Then we had to create a presentation to help other people learn what we learned.

We started off by watching “the story of stuff” then we all picked a product of our choice and had to answer all of those questions. I chose to talk about Nike Flex trainers and the most surprising thing I learned was that the bad part of making shoes is not just the leftover scraps that go to the trash but also all the bad toxins that go into the air.

I think that this is a really good project because it teaches kids if they should buy a certain product or not and if there is another/better option. 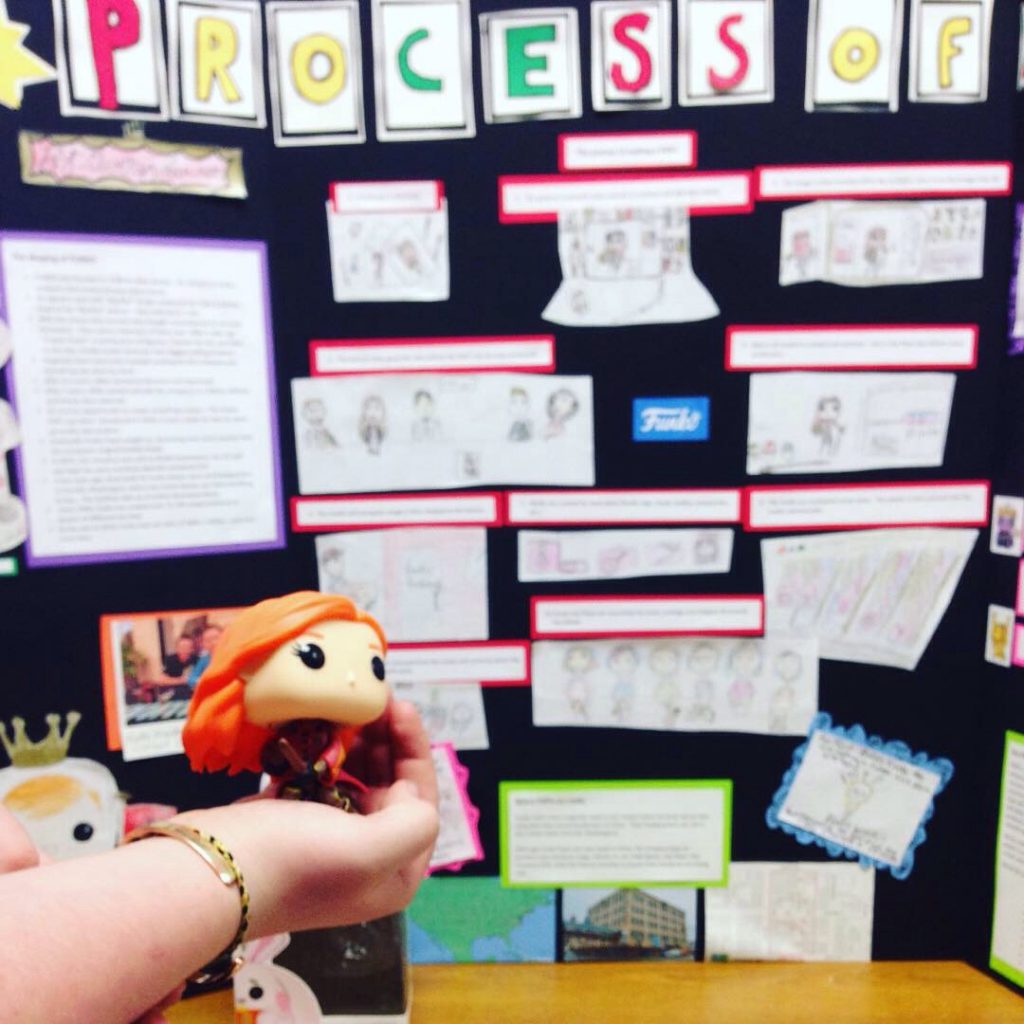