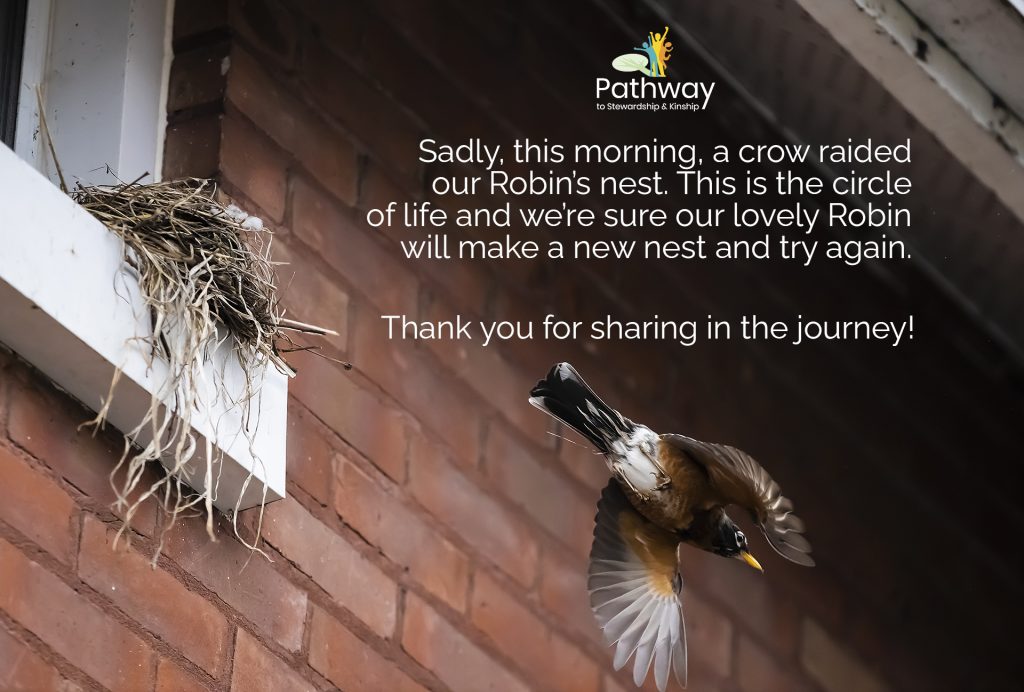 A cheery sign of spring’s arrival, the American Robin is one of our most familiar and beloved birds.  Robins have adapted well to living among people, as they run across lawns, stopping to watch and listen for one of their favourite foods – earthworms!

Male robins sing beautiful songs to declare their territory.  Watch for them in the tops of trees, singing a musical ‘Cheerio, cheerio, cheerio!’

Did you know that male and female robins are coloured differently?  Males are more darkly coloured, with bright orange breasts, and heads and backs that are almost black.  Females are much paler orange, with lighter brown heads and backs.  Next time you see a robin, see if you can tell whether it’s a mom or a dad.

Robins are found throughout North America, ranging in summer across every province and territory of Canada. During the winter, most Ontario robins migrate into the northern U.S., but if food is still available, some may stay to brave our cold Canadian winters. 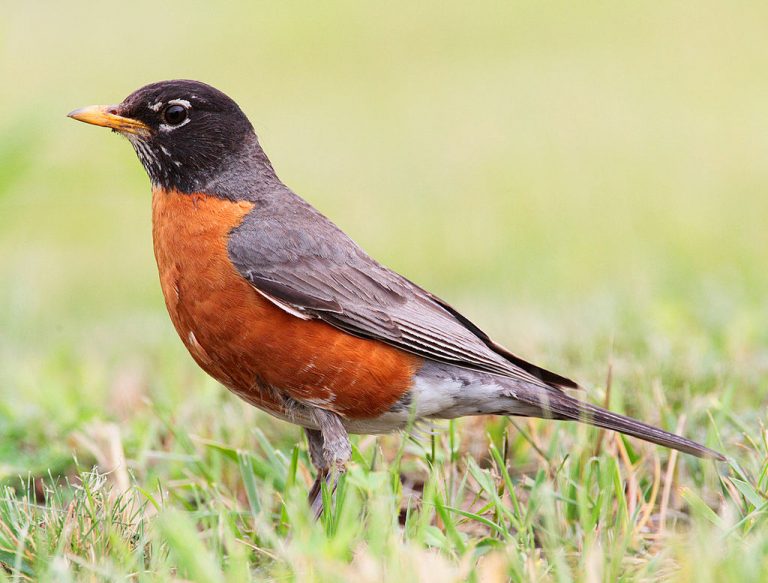 The male robin is brighter in colour than the female with a bright beak colour, black head, and white throat markings. (Wikimedia Commons) 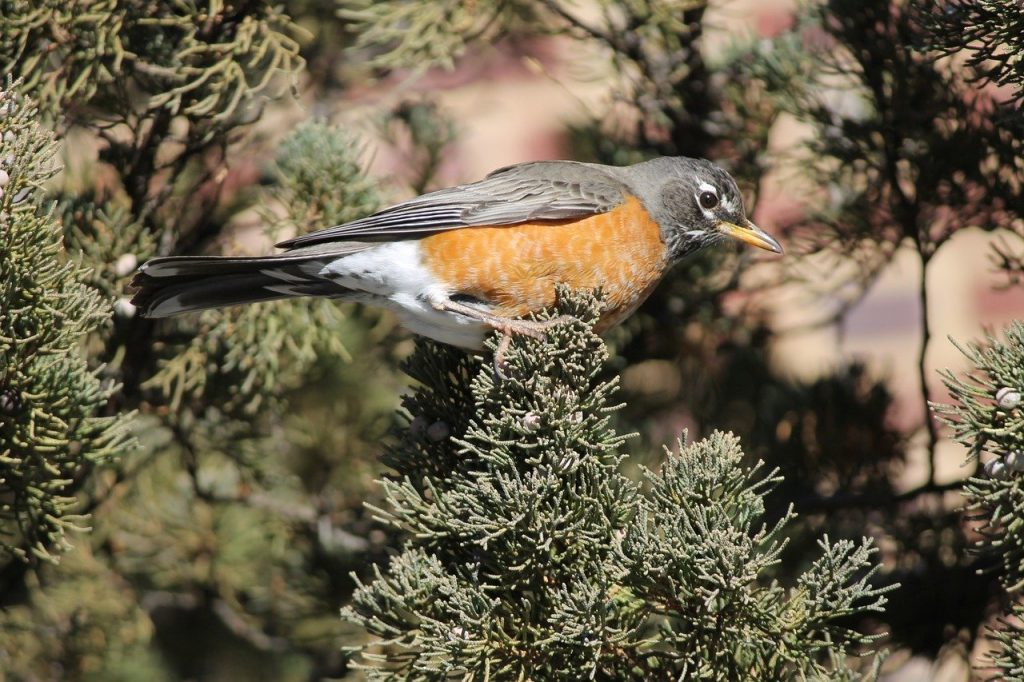 The female’s feathers are washed out and faded so they’re camouflaged from predators as she incubates her eggs.

As you watch the Robin’s nest on our webcam, here is some interesting information from the Canadian Wildlife Federation:

“The female chooses the nest site and builds the nest. She takes from two to six days to build the nest, making an average of 180 trips a day, with mud or grass, during the peak building period.

In southern Canada, the first clutch, or set of eggs, is laid in late April or early May. This is commonly followed by a second clutch and, at times, when conditions are favourable, a third. Nests may still contain eggs in early August. A clutch of three or four eggs is common. 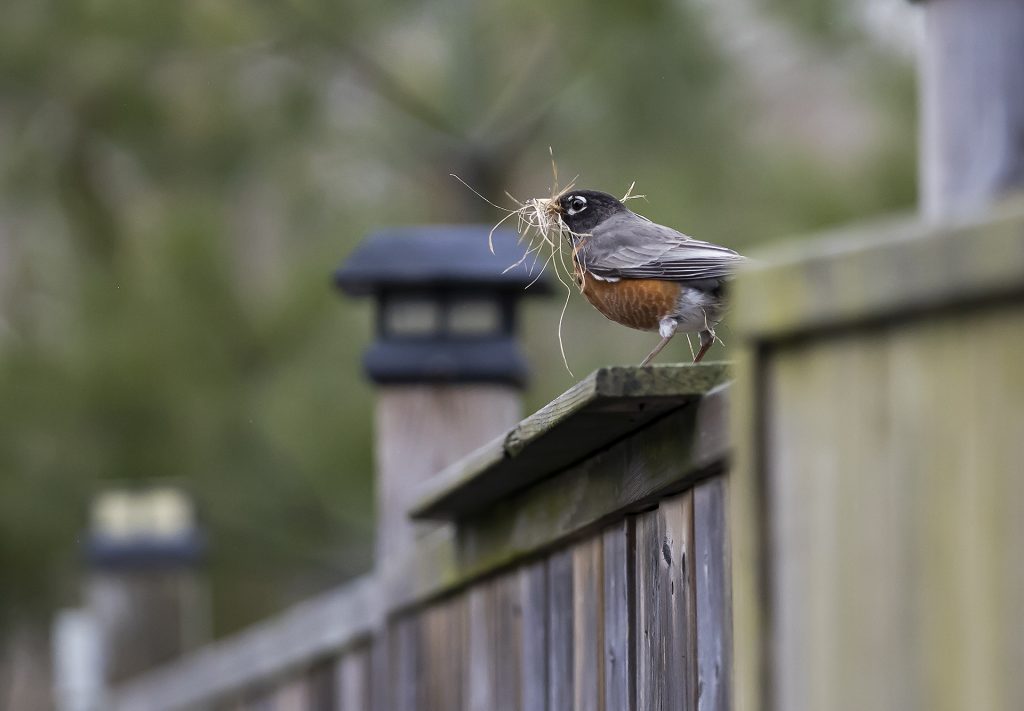 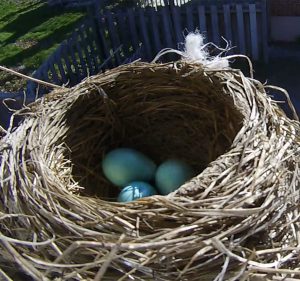 The eggs are the familiar robin’s-egg blue, though white ones, rarely brown spotted, do occur. The female continues incubating the eggs for an average of 12 days.

The nestling period lasts from 13 to 16 days. The next clutch is usually started about 40 days after the first egg of the year.

The young weigh about 5.5 g when they hatch. Fed by both parents, they each receive an average of 35 to 40 meals a day.

When they are about 13 days old, the young leave the nest, traveling up to 45 m on the first day. The young become independent of the parents at four weeks. 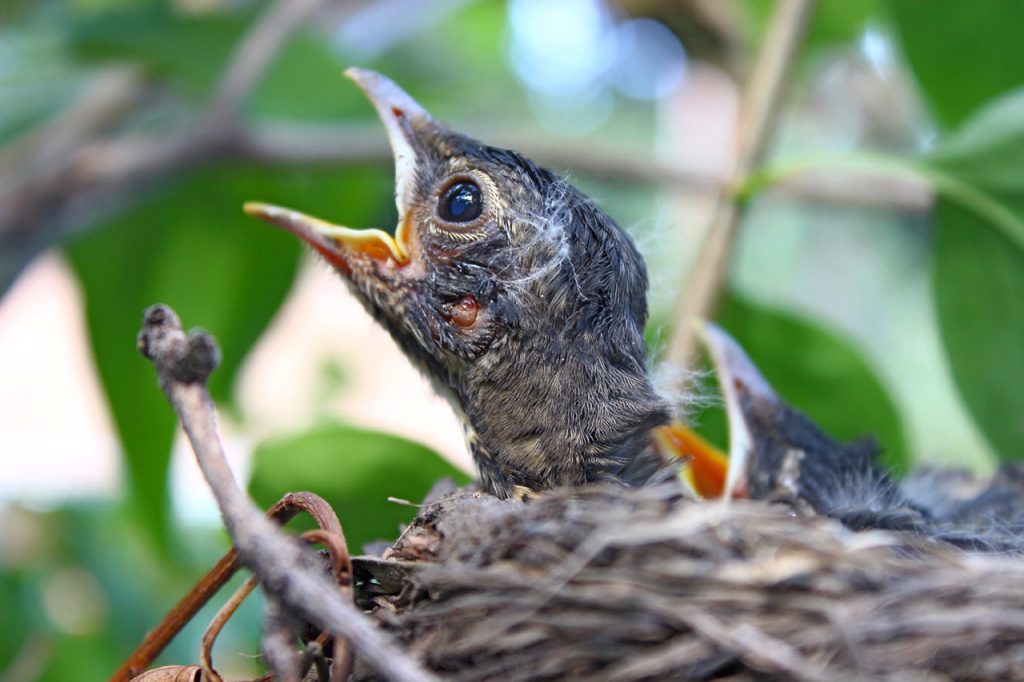 American robins fall prey to many predators. Eggs and young are common prey for squirrels, snakes, and birds, such as crows, ravens, and blue jays. In addition, adults are lost to cats, owls, and hawks. With so many predators, it’s not surprising that American robins only live an average of two years.”

Make your own bird's nest with this creative craft 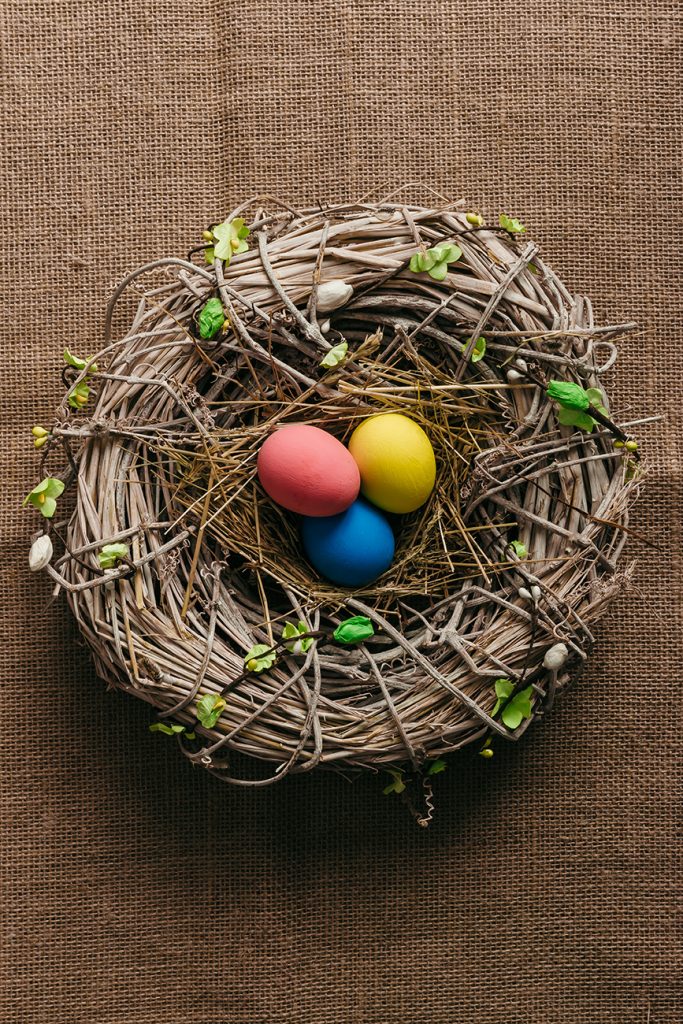 This hands-on bird nest project will help kids develop their creative and analytical thinking and engage with Nature. Don’t forget to learn about the plants and animals you might see while collecting loose parts for this crafty creation.

In this read-aloud of ‘Bird Builds a Nest’, written by Martin Jenkins and illustrated by Richard Jones, follow Bird as she spends the day building her nest.

This page supports the following Landmarks

Did you explore outdoors, create a bird’s nest, or read-a-long with “Bird Builds a Nest’? If so, it’s likely you completed one of the following Landmark activities:

– Make sure you’ve completed the Landmark before submitting, or we may need to adjust your points (check the Landmarks page for complete directions)

– All entries must have a photo or video to validate your report; be sure to tell us if it’s okay to share your images with others (without permission, we won’t share them)

– Points are accumulated each season; the Leaderboard resets to zero at the start of each season

– Every entry submitted each month gives you a chance to win our monthly draw prize (winner chooses from a selection of prizes); note that prizes are available for Ontario residents only

– Organizers reserve the right to adjust points awarded or to veto a submission, to fairly reflect the effort made by participants

Have fun and keep active! Thanks for telling us what you’re doing!
Questions? Contact us at peterboroughpathway@gmail.com